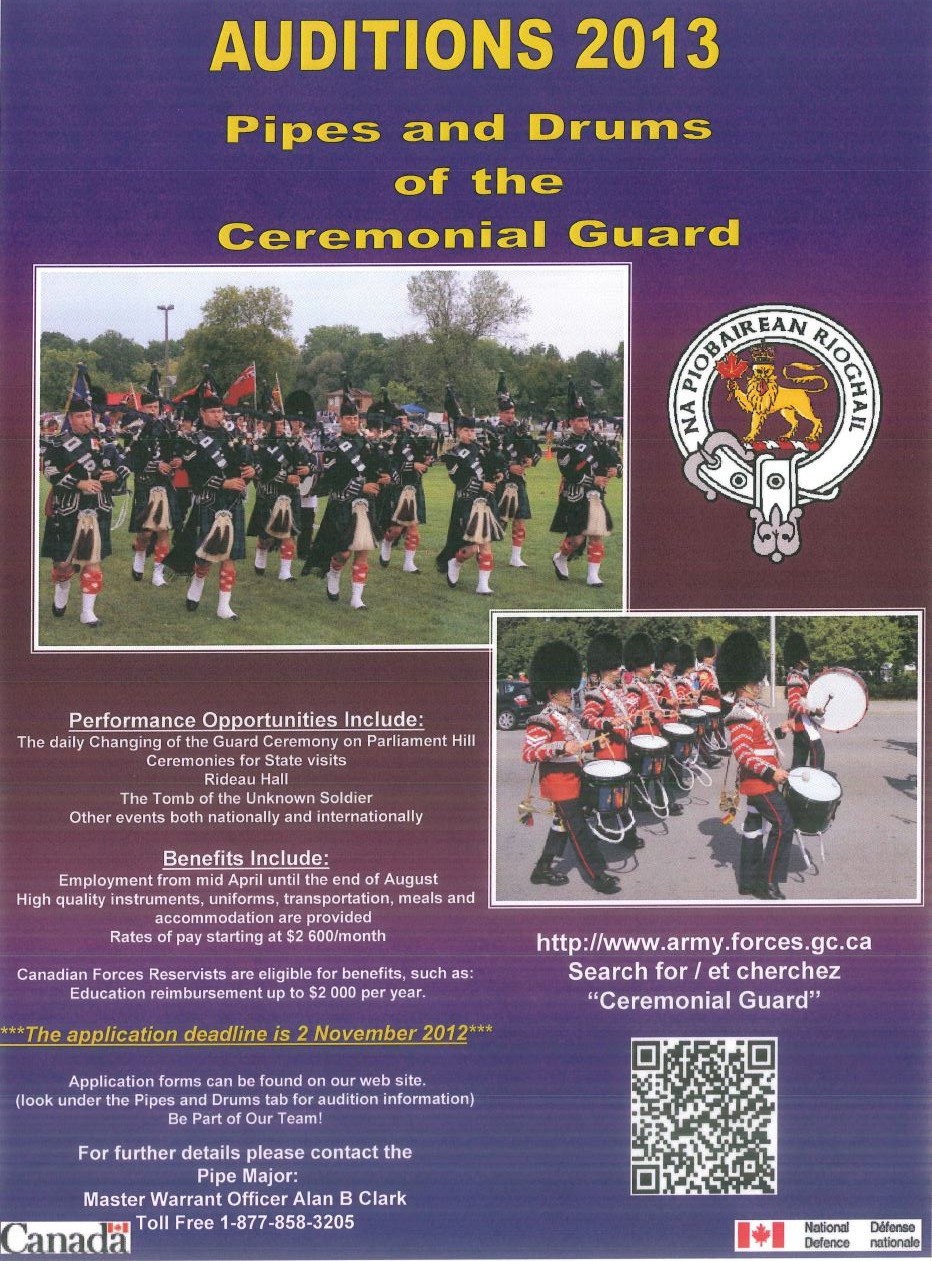 Audition application deadline is November 2nd for the Ceremonial Guard of the Canadian Forces Primary Reserves. Employment available April through August, education reimbursment and other benefits. Call 1-877-858-3205 or visit the Canadian Forces website, audition information at that link.

The Band of the Ceremonial Guard is part of the Canadian Forces Primary Reserves. It forms each year for the purpose of providing musical support for the world famous Changing the Guard ceremony on Parliament Hill – Ottawa. During this period the band is also tasked with supporting official functions held at Rideau Hall, foreign embassies, and other sites around the national capital region.